The Finishers
The Barkley Marathons

A glorious photographic record of the superhumans who have completed the Barkley Marathons, one of the most mythical races on earth

It is a race like no other: there is no website to take entries; participants are selected from those who find a way to submit written applications and the $1.60 entry fee; only around 40 people are chosen to run, with condolences from the race director. The course, based in the Cumberland Mountains of Tennessee, was inspired by the failed escape of James Earl Ray, Martin Luther King Jr’s assassin, amid the unforgiving landscape and vegetation where Ray’s prison was based. Runners must complete five roughly 20-mile loops – those who manage to complete only three laps are deemed to have achieved the ‘fun run’ – with a total elevation climb equal to two ascents of Mount Everest. Since 1986, only 15 people have ever finished. This exceptional publication celebrates their superhuman achievements.

The Barkley Marathons is the brainchild of Gary ‘Lazarus Lake’ Cantrell. There are sporting events, cult sporting events, and sporting events whose conception and pure mileage are inconceivable even to those who live for endurance: it is the ultimate ultra. Until relatively recently, the event was known only by true insiders, but with the increasing popularity of trail running and the race’s inaccessibility to anyone except the participants and a handful of media, it has attained mythical status.

Thanks to ultrarunning photographer Alexis Berg and L’Équipe journalist Aurélien Delfosse, we now have a record of these superhumans – many of whom are unknown in sporting circles – who have completed the race. Crisscrossing the United States to meet each finisher, Berg and Delfosse travelled from New Hamsphire to Oregon via New Mexico, Colorado, California and Utah, capturing stunning photographs and in-depth interviews with the finishers. Originally published in French and quickly sold out, the result is not only a testament of triumphs and tragedies but a portrait of humble people who have achieved something extraordinary. These stories inspire awe, respect and reflection at the limit of the human spirit.

Launched to coincide with the 2021 Barkley Marathons, taking place on 18 March.

This campaign is now closed and The Finishers is in production. For those who missed out, it is still possible to pre-order the book for a limited period here → 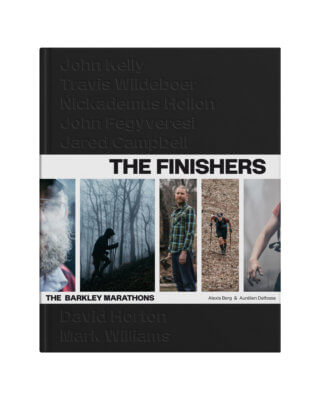 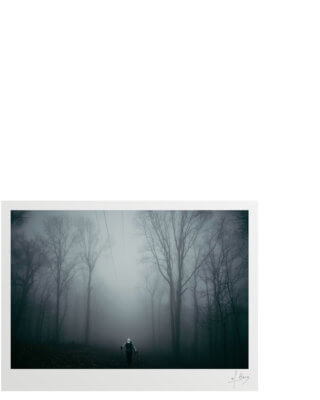 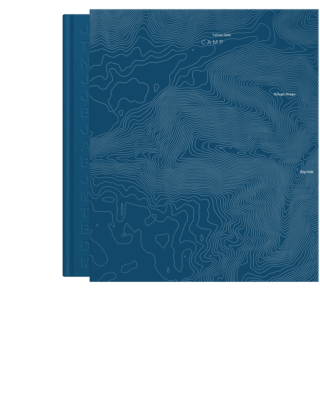 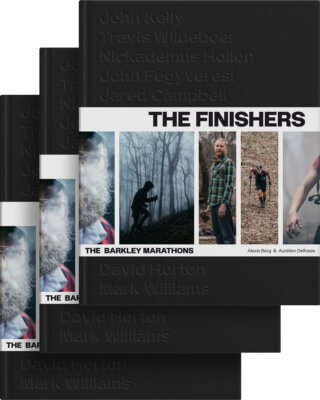 • Discounted price
• Your name in the book
• Exclusive updates

As with the race itself, the book is a multilayered journey of discovery, combining atmospheric landscape photography with candid portraiture, extensive interviews with a range of contextualizing essays, raw data with gentle testimonies – all compiled in an exceptional design with the highest-quality print production.

At the book’s heart are in-depth interviews with the finishers. Capturing the spirit of their legendary achievements and the modesty with which they live their daily routines far from the torturous course, the interviews distill hundreds of hours of transcripts to provide unique insights into the minds and mentalities of those who have conquered the Barkley Marathons.

Providing further background are essays on a range of subjects connected to the race – from the cultures of ultrarunning to the story behind the prison that haunts the race – alongside detailed race data for each of the finishers, blending granular and aerial perspectives seldom provided in sportsbooks on any subject.

The many facets are brought together in artfully designed pages that mix – like the emotion of the race itself – self-reflection and physical torment, beautifully packaged in a cover blind-embossed with the names of each finisher.

At the Barkleys, success is about overreaching our abilities, and living to tell about it. Sometimes success is getting your ass out alive.

For those seeking a truly unique record of The Barkley Marathons, Volume is producing a collector’s edition, limited to 200 copies. Set in a slipcase with an exclusive design featuring a contour map of the terrain of the race and accompanied by a photographic print signed by Alexis Berg, this volume is only available in connection with this campaign.

Accompanying the special edition is an exclusive print that evokes the spirit, isolation, aura and magnificence of the Barkley Marathons. Produced only for this edition and signed by Alexis Berg, it measures 215 x 275 mm and is reproduced on a high-grade photographic print paper that brings the image to life.

I handled LSD well, I never had a bad trip, so when I think back, I think that was a part of my Barkley training.

It’s 100 miles in 60 hours. That works out at waaay less than two miles an hour. There are grandmothers who could walk at that pace.

Alexis Berg is one of the world’s premier sports journalists. Specializing in long-distance events, often in hard-to-reach locations, particularly in the mountains, Berg has captured some of the world’s most challenging races and extraordinary humans. His passion for the Barkley Marathons, for which he has also produced a film with his friend Aurélien Delfosse, arose from the unique circumstances of the race’s founder, landscape and participants.

Since 2013 Aurélien Delfosse has been a journalist for L’Équipe, one of the world’s leading newspapers devoted to sports. He has also produced multimedia narratives and documentaries.