Self-Reliance
Thoughts for a New World

A refreshed and covetable new edition of a timeless text

When Ralph Waldo Emerson published what is probably his most famous essay in 1841, drawing from a lecture he had given a few years earlier, it was in the aftermath of the calamitous financial collapse of 1837. His positive vision for the power of individualism and personal responsibility was issued in a climate filled with panic and uncertainty and at a time when the values of society and humanity were in the process of being reformed.

It is less than once in a generation that events reshape our world and our thinking, and it is in such times that we should be reminded of the timeless works that offer us reassurance, provide inspiration when surrounded by pessimism, give trust when scepticism is everywhere. To suggest that the richest lives are lived with an independent mind, spirit and creativity surely deserves to be celebrated.

Emerson’s text is widely available to read online, but this new Volume edition, produced with Design Observer, elevates his wisdom through the printed word. It is needed perhaps now more than ever when circumstances, information and connections can vanish before our eyes.

As Emerson wrote in “Self-Reliance”, and which resonates as strongly now, “The voyage of the best ship is a zigzag line of a hundred tacks. See the line from a sufficient distance, and it straightens itself to the average tendency. Your genuine action will explain itself, and will explain your other genuine actions. Your conformity explains nothing.” 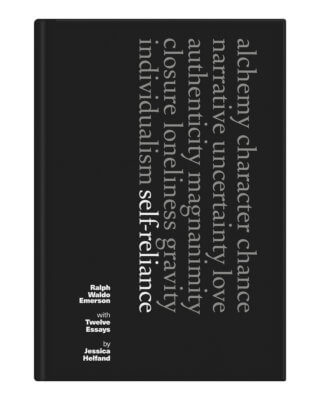 • Your name in the book
• Edition exclusive to Volume 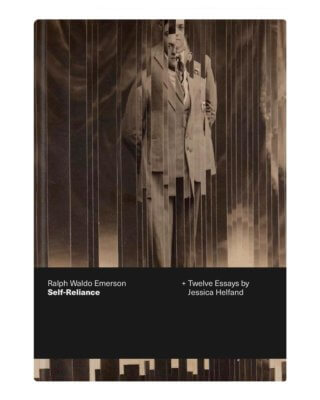 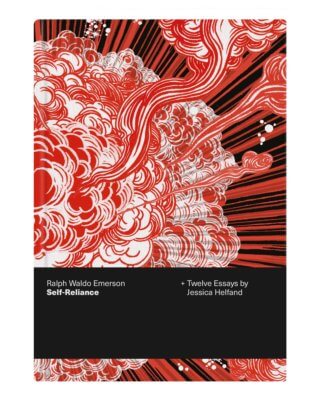 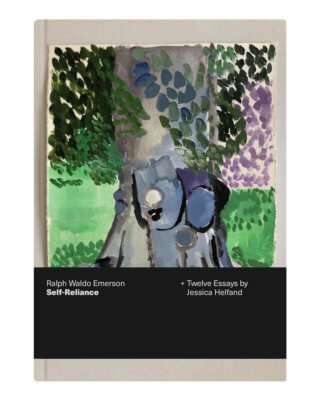 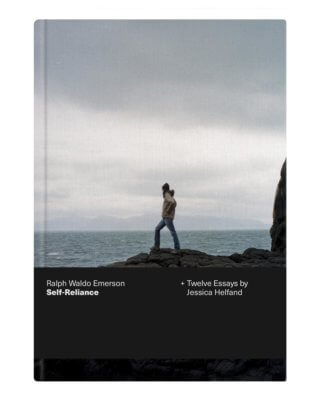 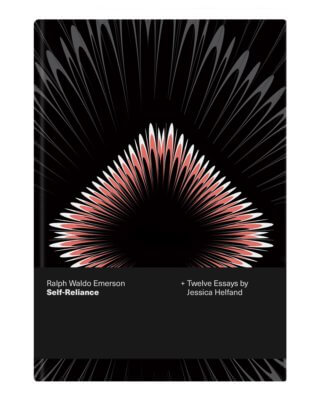 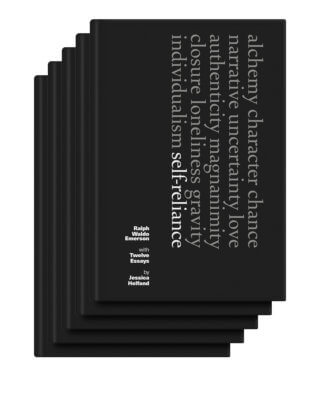 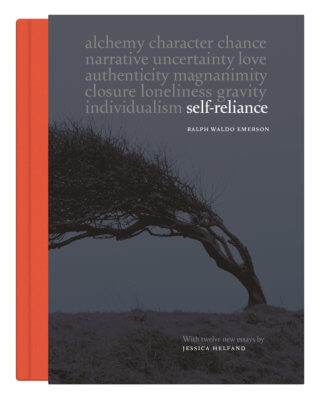 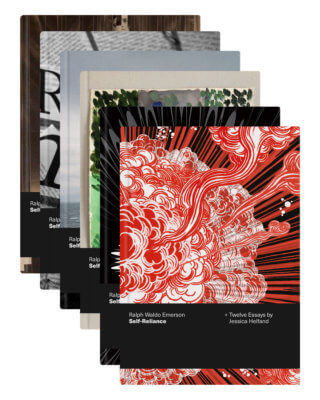 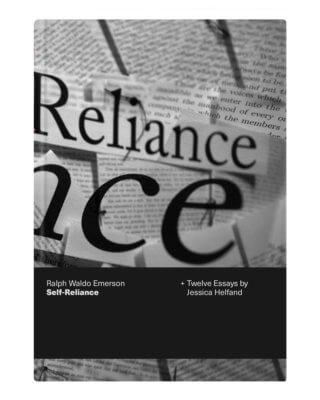 The book: inspiration wherever you go

Volume has reinvigorated Emerson’s text, edited it for a contemporary audience, and presented it in a covetable pocket-book format intended to be read, carried, consulted and to inspire throughout our new daily lives.

Framed for the 21st century and with current events in play, editor Jessica Helfand highlights moments in the text that will resonate most with those seeking creative inspiration, greater self-belief and acceptance of one’s independence in an interconnected world.

Slight yet durable, featuring two marker ribbons for easy reference, this is a timeless book for all places and all seasons.

I must be myself. I cannot break myself any longer for you, or you. If you can love me for what I am, we shall be the happier. If you cannot, I will still seek to deserve that you should.

Emerson’s text has inspired generations of readers, thinkers and artists. To honor the wide spectrum of people who have been influenced by his words, Volume has invited six very special global artists, designers and others from the creative professions to devise their own covers.

They are architect Sir David Adjaye, illustrators Maira Kalman and Yuko Shimizu, designer John Maeda, photographer Daniella Zalcman and artist Kensuke Koike. Each of their unique covers is available separately, or as a collection of all six.

Emerson’s text usually appears in compilations of the author’s writings. Among the many who have been inspired by his words are bibliophiles who appreciate the value not only of a book’s content but as a printed artifact. While the standard edition is pocketable and portable, Volume is also producing a limited slipcased edition, intended as presentation copies (for graduations and life changes) or for collectors building libraries.

This is a unique edition. The cloth-bound book, with foil-blocked lettering, is encased in a paper-covered slipcase featuring a photographic image. Number and limited to an edition of 500 copies, this is a one-time opportunity to own Emerson presented in a contemporary format for future generations.

To be nobody but yourself in a world which is doing its best day and night to make you like everybody else means to fight the hardest battle which any human being can fight and never stop fighting.

Jessica Helfand is an artist, designer, and writer. She grew up in Paris and New York City, and was educated at Yale University where she taught for more than two decades. A founding editor of Design Observer, she is the author of numerous books on visual and cultural criticism, including Screen: Essays on Graphic Design, New Media and Visual Culture, Design: The Invention of Desire, and Face: A Visual Odyssey. An American Institute of Graphic Arts medalist and the first-ever recipient of the Henry Wolf Residency at the American Academy in Rome, Jessica Helfand has held fellowships at Civitella Ranieri, the Bogliasco Foundation, and the California Institute of Technology.