A thrilling photographic adventure around an offbeat selection of the world’s abandoned buildings, captured by one of the videogame industry’s most beloved creatives

Famed videogame creator Ikumi Nakamura became widely known after she gave a speech about a “spooooky” game, Ghostwire: Tokyo, at the prestigious E3 conference. Her talent, infectious personality and strong sense of wonder for the world – “I think I haven’t changed much since I was a kid” – has attracted a global cult following. What many fans don’t know, however, is that Nakamura has a secret alter ego in the form of ‘TommyBoy’ – a fearless urban explorer.

For years Nakamura has been traversing the planet to go to under-the-radar abandoned buildings, from the Igloo Hotel in Alaska, a magnificent dome structure housing an intricate carousel-like wooden framework, to a mysterious liquor factory in Mexico with a giant replica bottle on its roof and the disused Blue Horizon Boxing Ring, where Rocky (1976) was filmed. Working in the gaming industry for nearly two decades, Nakamura has dreamt up many imagined worlds, but it’s these forgotten corners of the real world that truly fire her creative vision. Her photographic eye evokes the survival-horror feel of her own dystopian videogames.

With Google Maps at our fingertips, it can often feel impossible to get lost or discover anything novel, but through her daring escapades Nakamura taps into a lost spirit of true adventure. Hers is an enthusiastic brand of tour guiding, taking the reader to eye-opening spaces and atmospheres through exceptional photography and transporting – and sometimes amusing – stories.

Her pictures, gathered here in print for the first time, reveal that, from Japan and the United States, from Belgium to Taiwan, and from Spain to Bali, our planet is teeming with human-made structures lying derelict and undisturbed, waiting to be discovered by intrepid explorers. 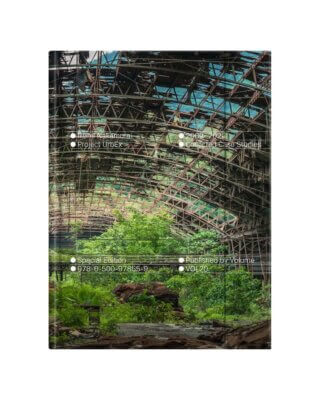 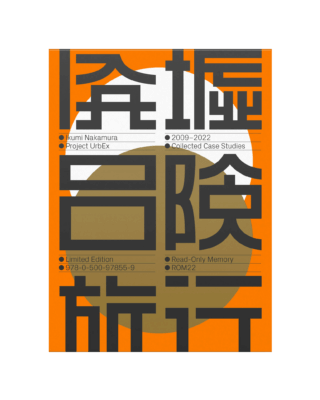 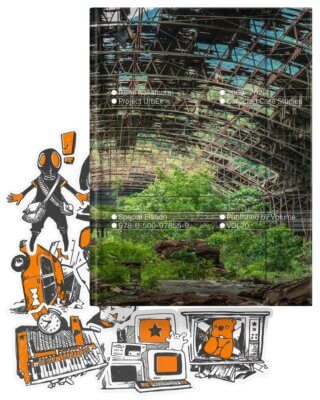 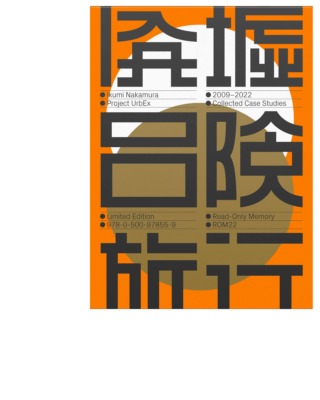 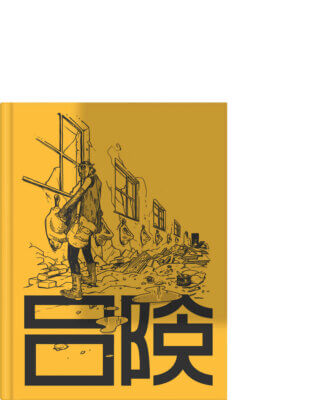 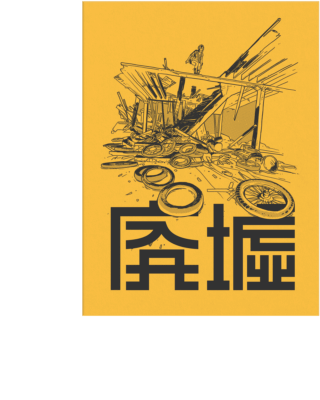 Urban exploration is a way of life for those who choose it as their passion. The secrets and mysteries that disused places incite can be intoxicating and inspiring. As Nakamura has said herself, “I love breaking boundaries and making people say ‘WOW’. As artists, we use our imagination to see the INVISIBLE”.

Project UrbEx documents a multitude of abandoned spaces, placing them into thematic sections – from lost hotels and ex-military sites to factories, laboratories and hospitals. A bright Pantone orange ink is used throughout for the text and chapter openers – popping on the page to reflect Nakamura’s sense of fun, vibrance and imagination.

With a foreword by videogame-designer-turned-photographer Liam Wong – one of Volume’s most successful artists – the book also features sections of Nakamura’s personal travel diary, printed on pages with a narrower width, in a rich Pantone black. She has also created, and in some cases specially commissioned, exclusive manga drawings to illustrate her words – bringing her much-loved sense of humour to the forefront of the narrative and displaying her keen interest in exploring many mediums of creativity.

The book itself has cut-flush edges and is housed in an elegant O-card slipcase with a striking design. The slipcase is removed to reveal one of Nakamura’s stunning photographs – taken at a disused lumber plant in Taiwan.

Many know her as a game developer, but Ikumi’s unseen talent as a photographer reveals another side to her that will both impress and disturb you in equal measure.

Liam Wong, author of TO:KY:OO and After Dark

Included with the Signed Edition reward is an exclusive sticker set, featuring ten die-cut stickers printed in bright orange and black and laminated with a high-gloss UV finish. The set features curios discovered on Nakamura’s adventures, including to the Island of the Dolls in Mexico, the Forest Haven Asylum in the U.S. and Yuzu Hospital in Japan.

The artworks were specially commissioned by Milan-based concept artist Gabriele Brombin and would make the ideal adornment on a camera bag, smartphone or laptop that accompanies you on your own urban exploration.

Ikumi’s photography acts as a conduit between the stark unsettling beauty of abandoned architecture and the gripping survival horror worlds she has created.

Limited to just 250 copies and exclusive to Volume is a very special edition of Project UrbEx, bound in tactile materials and housed in a handmade solander box. Both elements feature screen-printed illustrations by Gabriele Brombin and a custom-printed ribbon enabling the book to be easily lifted out of its housing.

Each Collector’s Edition of Project UrbEx will be signed by Ikumi Nakamura and shipped via a tracked courier service. This deluxe package is designed to take pride of place on your bookshelf rather than be bundled into your backpack when scaling the walls of an abandoned power plant: It will be there when you get back.

Ikumi Nakamura is an independent creative, explorer and videogame designer. Since 2004 she has explored and photographed abandoned and uninhabited places and spaces across Europe, Asia and the United States to find inspiration for her games. Influenced by the videogame S.T.A.L.K.E.R., she created a mysterious style of wearing a hoodie and gas mask when exploring. She also aspires to become a secrets hunter on the Japanese TV show Discovery of the World’s Mysteries. The experiences and records of her photography pursuits are published on the website Tomboy Urbex.