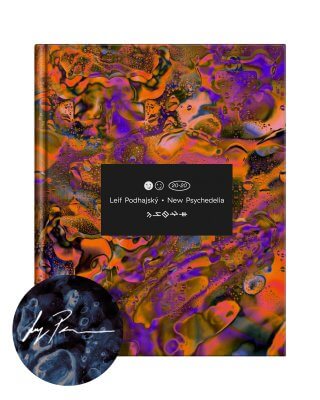 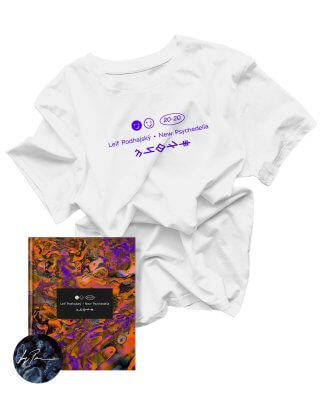 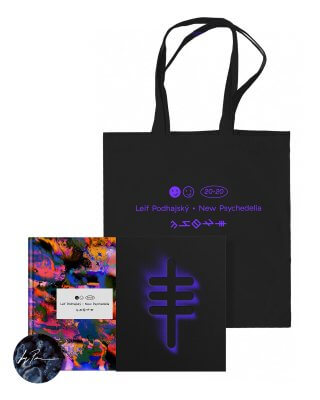 As we get closer to our shipping announcement, we spoke to Leif Podhajsky about how his many collaborations with high-end brands came about and what has made them successful. The answer? Making sure it’s a natural match and having a mutual outcome in mind.

“I like things that make sense, collaborations that go together,” he explained. “Not just doing it for the sake of it, but there being something that lends itself to a relationship together.”

Working with brands on product design also allows Leif to work in different mediums, something which feeds back into the rest of his work. “Album covers are probably what I’m best known for,” he told us, “but I’ve worked on a lot of different projects and I think for me, it just adds to my whole practice.” 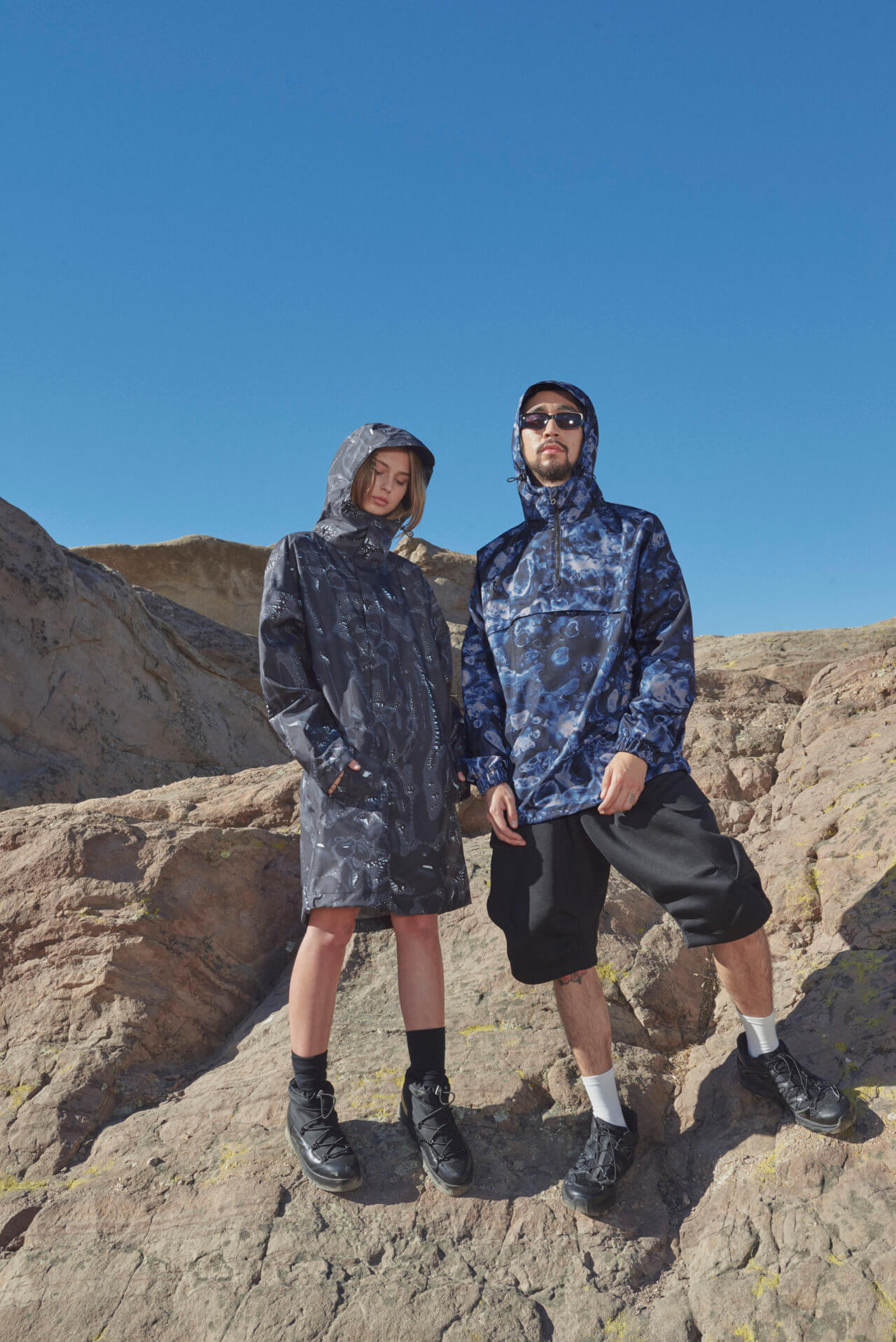 “This came about through some really old friends. One of the founders of Ponch was a guy I knew from Australia, from the music scene – we had mutual friends that were in a band together – and he also moved to London at some point and then down to Margate…

“They got in touch about this project that they were working on, they wanted to start a new brand of rainwear for festivals and music events that was a little bit more colourful, was packable, and they really wanted to focus on sustainability. It’s all 100% recyclable, and it’s made from plastic bottles and the packaging is recyclable and everything’s super cool in that way…

“It can be tricky to adapt my work to a 3D product, but it’s a cool thing to try and I like doing it. I actually started out working for clothing brands really early on, so I have some idea of how to approach it. I always try and pick something that will lend itself to a print – rather than doing something photography-based, I’ll try and do something a bit more abstract with a repeat that can work across garments, because the pattern gets cut up and you might only see certain parts of it.” 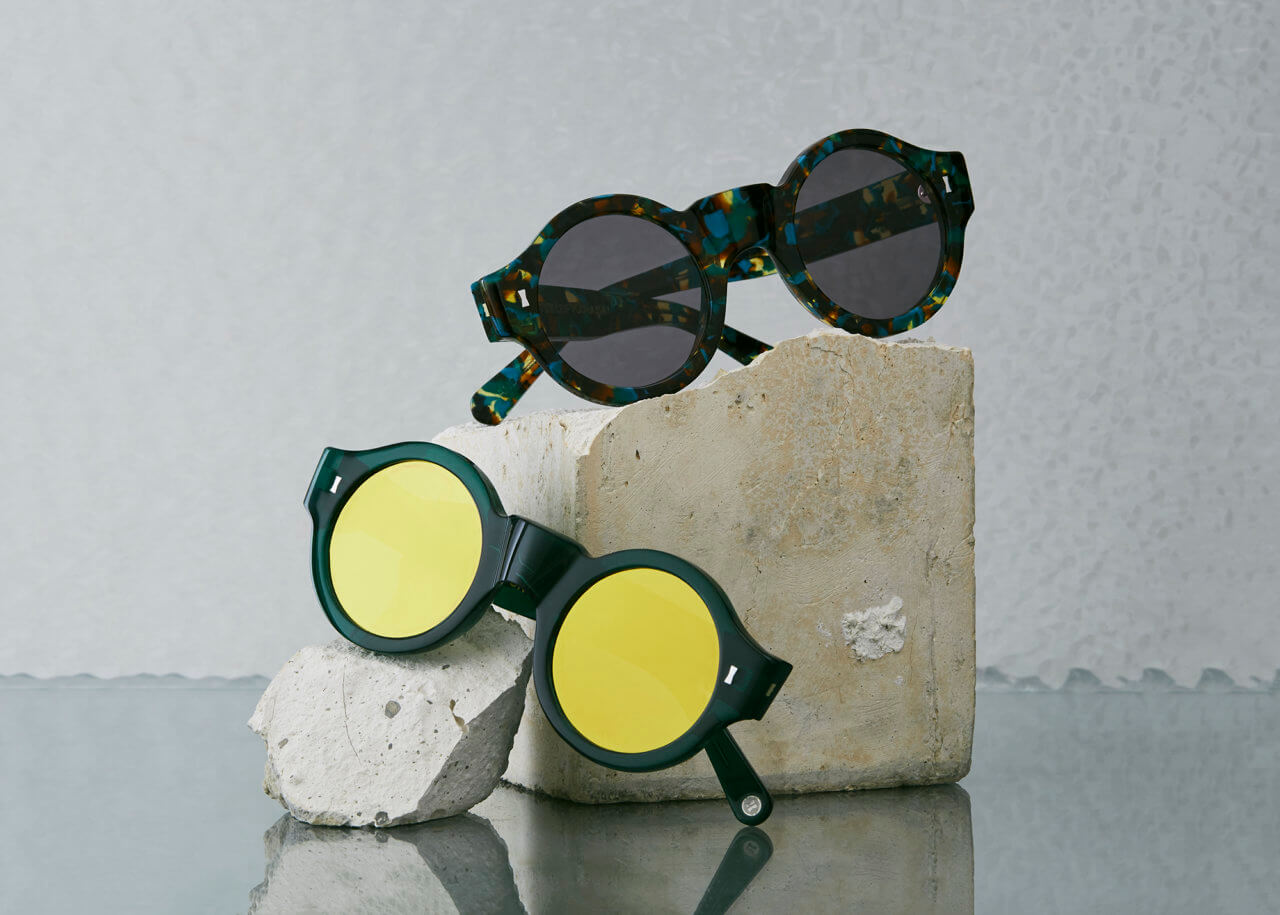 “I can’t remember how it happened! I think my agent at the time got in touch with Cubitts because he bought some glasses from there that he thought were super nice. He asked if he could speak to the owner, who was up for the project…

“This was an interesting one because it was a little more focused on design rather than creating a print, and we came up with a few different ways to do the collaboration, for example whether or not we put a print inside the acetate frame itself, but it ended up being more interesting for me to design the actual glasses and choose from all the different patterns they had.” 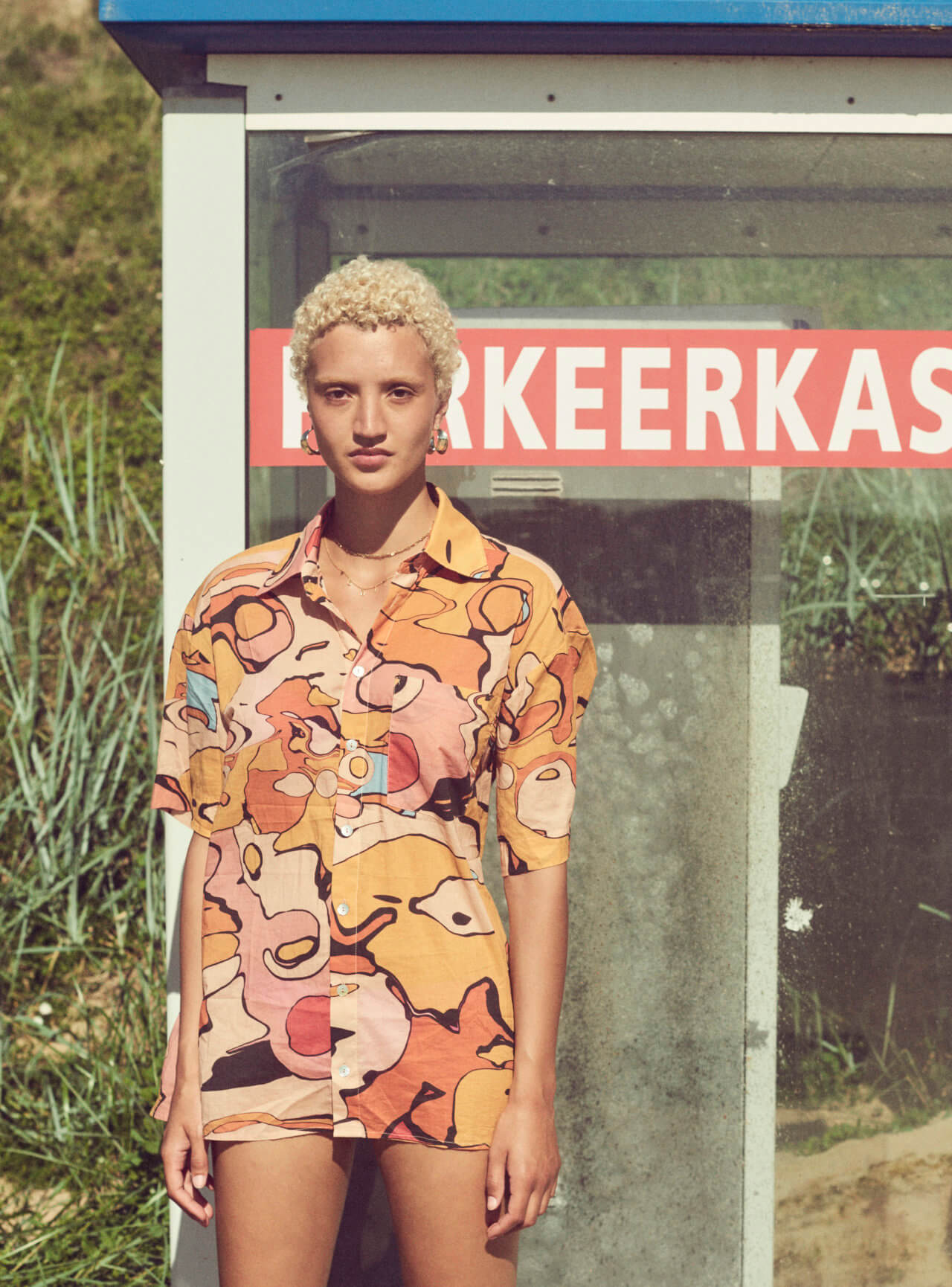 “This is also a friend’s brand, also from London. My time in London was really interesting in that sense – I met so many people and they all started things around the same time. I’d moved there and I was working on my stuff, and I think that’s what I really miss about that time. There were people working on music, and everyone who I knew was doing something creative and has gone on to do successful things…

“Bower were interested in things that are really nurtured and handmade, more than this mass-market stuff. They got in touch initially to do some menswear, but we decided to do the women’s swimmers and a unisex shirt, which I love. It was sort of the same with the print, in that we worked on something that could fit a textile design. It all happened quite organically in a way.”

And finally, on his biggest collaboration to date: the book. As with everything this year, the process was hampered by pandemic-related travel restrictions, but he’s as delighted with the final result as we are.

“The covid thing didn’t help of course, because I really wanted to come over and sit with the designers and be super geeky, so that made it a bit harder and the process a bit longer, but it’s better than I could have hoped for. I’m really excited.”