Takenobu Igarashi:
A to Z

In the mid-1970s designer Takenobu Igarashi began a prolific, decade-long exploration into possibilities of three-dimensional typography. His first experiments with axonometric lettering appeared on magazine covers, posters, and record sleeves – taking influence from the Avant Garde typography of the 1920s but rendered afresh as bold sculptural letterforms.

Timeless, arresting, and technically dazzling, Igarashi’s signature style demonstrates a mastery of three-dimensional type and perspective draftsmanship, refined long before the introduction of computers into the design industry.

A to Z offers an exhaustive guide to Igarashi’s experiments with typography, featuring not only his celebrated print and physical works – many photographed specially for this publication – but also a first look, using never before seen archival work, at the plans, drawings and production drafts behind his iconic works. Spanning early print works, hand-drawn experiments, self-initiated sculptural pieces, and high-profile 3D identities for a range of international clients and institutions, A to Z is a long overdue overview of one of the most revered but least celebrated graphic designers of the 20th century. 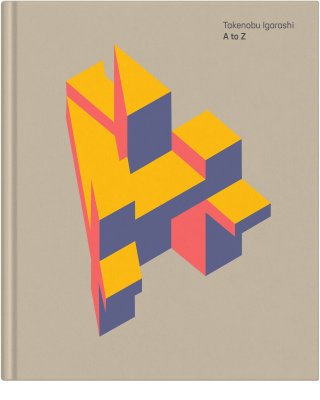 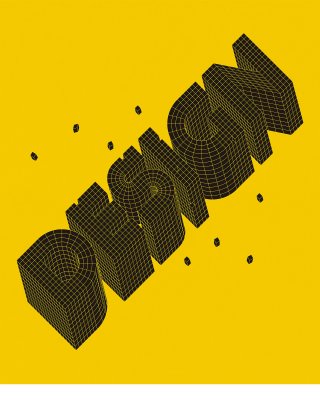 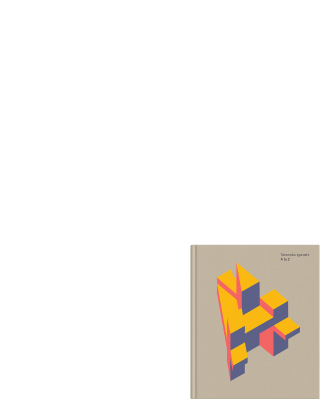 A copy of A to Z and an A1 ‘Design’ screen print, signed by Takenobu Igarashi

A signed copy of A to Z featuring a letterform cover of your choosing and an A1 ‘Design’ screen print, signed by Takenobu Igarashi

Presented in thematic sections labelled from ‘A’ to ‘Z’, which set out the principles and practices of Igarashi’s distinctive spatial and typographic thinking, the book eschews a traditional chronology in favour of a more playful form, mixing landmark designs, production drawings and previously unseen works alongside a guiding narrative produced in close collaboration with Igarashi himself.

The publication has been conceived not only to act as a monograph but as a guide to designers of all disciplines, offering detailed insight into Igarashi’s visionary design process. Readers will be able to pore over unused designs, pen and pencil markup boards and the detailed drawings that reveal the process and underpinnings of Igarashi’s aesthetic.

Substantial and utilitarian, A to Z is at once a landmark publication and an everyday design resource and inspiration. Designed by acclaimed Tokyo studio, Mori Inc., under Igarashi’s direction, the volume is an essential addition for designers’ studios, the typographer’s bookshelf or the collector’s library.

Using the latest HP Indigo print technology, our special edition, available only as part of this campaign, offers backers and collectors the unique opportunity to personalize their editions by choosing their own Igarashi letterform for the cover. From the 1983 ‘Alphabet Card’ series produced for Alphabet Gallery, readers can select their favourite letterform or initials. Backers of this reward will be surveyed for their chosen letterforms prior to production.

The book case will be printed in dazzling colors onto a finely textured Buckram substrate as a one-off edition, signed by Igarashi and shipped by courier. The ultimate edition for fans and devotees of the master typographer.

Takenobu Igarashi monumentalized type and typography when most of us were still living in Gutenberg’s shadow. With his unprecedented 3D type, Igarashi created a even larger shadow that brought the old world together with the future one.

Igarashi created a series of cover illustrations for Design News Magazine, published by the Japan Institute of Design Promotion between 1980 and 1981. The compositions featured bold, sculptural renderings of a single word, ‘Design’, and are largely regarded as among Igarashi’s most singular works.

Backers of the print reward will receive an A1 (594 x 841 mm) screenprinted reproduction from the series, in black and bright yellow, on heavyweight uncoated stock and signed by Igarashi. Prints will be shipped in a secure and sturdy archival tube.

Volume’s edition of this classic Igarashi piece is only available as part of this campaign and will not be reissued again.

The Roman alphabet, composed of basic geometric figures, has a fascinatingly simple structure, making the most complex expression possible.

Born in 1944 in Japan, Takenobu Igarashi graduated from Tama Art University in 1968 and began his career as a graphic designer in the 1970s. His work captured the attention of global clients and designers, and in the 1980s he collaborated with design titans Massimo Vignelli and Alan Fletcher. Later in his career, as he pursued less commercial activities, he has found deep engagement with Japanese crafts, and – coinciding with a period living in Los Angeles – produced sculpture and artworks for public spaces based on letterforms, in a variety of materials and scales, across Japan and internationally. Today, his works are in the permanent collections of over 30 museums, including The Museum of Modern Art, New York. He has been emeritus professor of Tama Art University since 2015.