Hiromasa Ogura’s desk and how the book began

While we put the finishing touches to Anime Architecture in preparation for the printers, we wanted to let you in on the story of how the book came to be. This first update will be followed next month by the full Q&A with author, Stefan Riekeles, so look out for that in your inbox in due course.

Read on for the background to the anime…backgrounds, including a surprising reference to a hairdryer:

It took the author of Anime Architecture, Stefan Riekeles, over 10 years to compile the more than 200 background paintings, drawings, location scouting shots and other ephemera collected in the book. He began visiting the Tokyo studios of celebrated anime producers in 2007 and was surprised to find boxes containing thousands of discarded drawings.

“I was astonished by the quality of the drawings: thousands and thousands of great drawings in cardboard boxes!” Stefan recalls. “I was sure that other people wanted to see these too.” 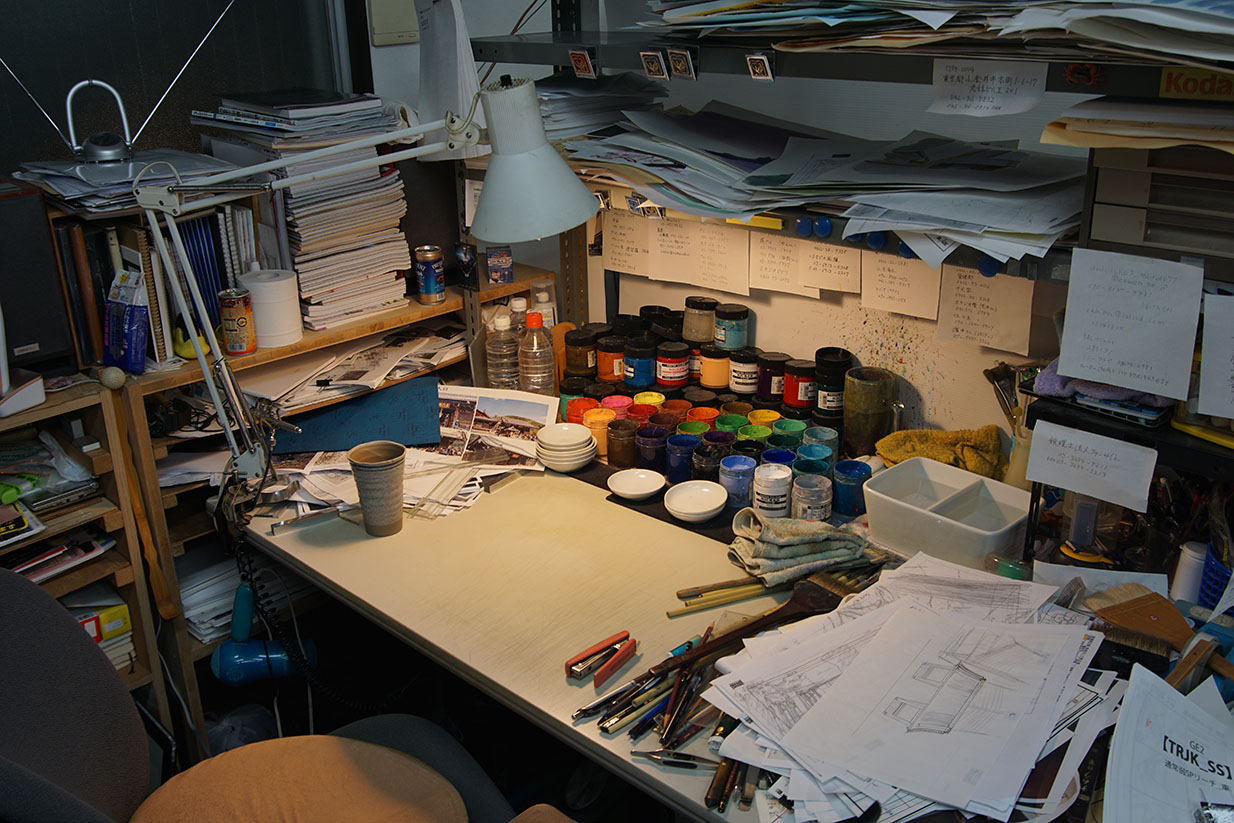 From this wealth of material, Stefan put together a selection from eight influential anime movies to go on display as a touring exhibition. It proved to be a mixture of those he particularly wanted and what was available. Some years later, on the back of the exhibition, he was approached by Volume editor, Darren Wall, with the idea of creating a visual survey of this undervalued work, in book form.

This hand-drawn work was the nuts and bolts of anime production until the early 2000s, when the Japanese animation industry largely embraced digital production methods. Previously, talented art directors and their teams drew the layouts or storyboards with pencil, and painted the backgrounds, often using regular art-shop poster paint on paper.

The characters were then layered over these on sheets of celluloid acetate, known as cels. This process led to the particular look that we have come to associate with Japanese anime. “A characteristic of anime, compared to Western animation, is the contrast between background and characters,” explains Stefan.

“Basically, what makes an anime look ‘animetic’ is the visual difference between a painterly background with gradation and depth in contrast to the flat and graphic characters in the foreground.” 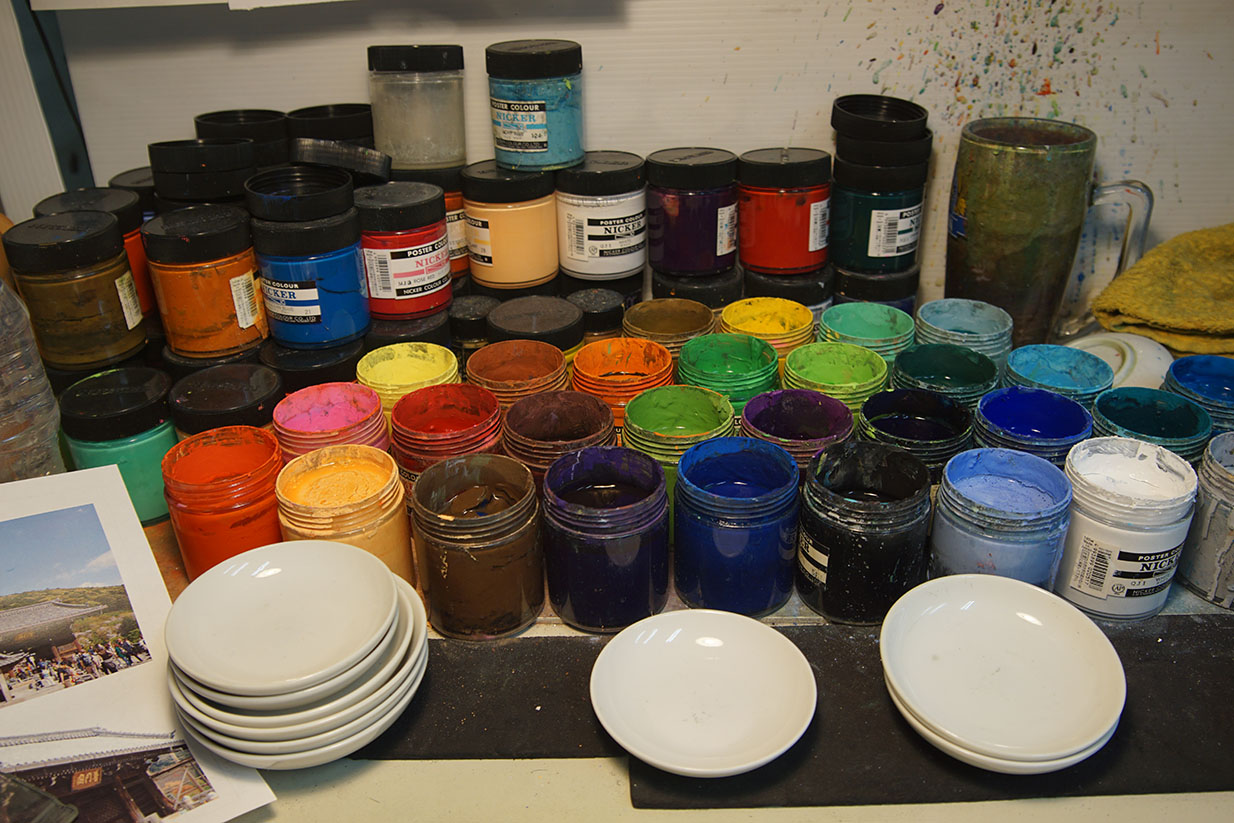 Stefan wanted to demonstrate and celebrate the “sheer beauty” of these painted scenes without clipping the edges which were often scuffed and less complete. Presenting them as working materials, complete with messy edges, was something that art directors including Hiromasa Ogura, of Ghost in the Shell (1995), initially found difficult to accept. Eventually Ogura and his colleagues were persuaded by Stefan’s persistence and curatorial expertise over a number of late-night drinks in Tokyo izakayas.

Stefan had first met Ogura at his studio, where the art director painted at a desk piled with books, reference photos, assorted jars of brightly coloured Nicker poster paint and the layout drawings and concept designs that he bases his work on. There was also a hairdryer, to quickly dry the paint. Ogura only used two types of brush, flat brushes (hira-fude) and pointed brushes (sakuyo-fude), occasionally supplemented with an airbrush. Stefan last visited the studio in December 2018. He found two men working at computer screens, one sitting at the very desk where Ogura had painted.

The anime film industry may have moved to digital production, but Anime Architecture provides a behind-the-scenes view of the painstaking manual work that went into drawing the intricate backgrounds – a rare document of work that might be otherwise lost. We are very excited to share it with you.

In the meantime, fans of artistry on paper of a 3D variety can pre-order Unfolding, the début monograph of paper artist Matthew Shlian, who works wonders with the material that you wouldn’t believe possible, and The Art of Typewriting, a celebration of an underground artform.